The highs and lows of importing alpacas

Alpaca breeders are constantly on the lookout for the next stud male for their breeding program – whether from their own herd or from other breeders. Although we have certainly come a long way from those first Chilean imports, there is still plenty of room for improvement within the Australian alpaca industry.

Since the initial import of alpacas from South America, there have been a number of imports of white Peruvian animals, both directly from Peru and via USA, which have made a significant improvement in the quality of suris in Australia. These best of these animals were generally from the Accoyo and Alianza herds in Peru. The legacy of some of these males (such as Senator, Amador, Icalon) is on-going and these males are to be found in the pedigrees of the top suris in Australia today.

Baarrooka decided in 2006 to take a trip to the US to look for some stud males – both to diversify the genetics base in Australia and to find some homozygous coloured suris. While the Australian white suri is probably as good or of a higher quality than those in the US, the coloured suris in the US are substantially better than those we have in Australia, principally due to greater numbers of coloured animals imported from Peru and to the American breeders’ aversion to crossbreeding. While we saw many top quality coloured males in the US, we came home with two white boys. A return trip in 2009 saw us purchasing 4 black males, a grey and a brown. While the brown male, Durango, had many cria on the ground, the remaining males were unproven. 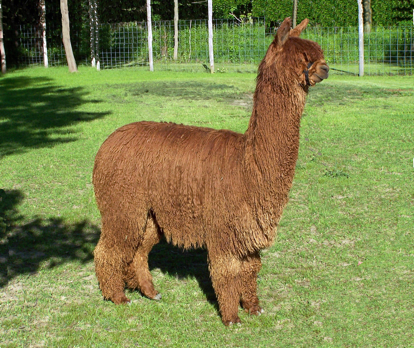 Prior to leaving for the US we had already received fleece and skin biopsy results for Durango and had researched his progeny. We arranged for a meeting with the vendor to inspect Durango and his past fleeces. We also began a shortlist of black males we were interested in, based largely on their pedigree and photographs and contacted the owners to arrange for further information and farm visits. We established quality criteria for assessing each of the animals, with conformation (ability to pass the AAA screening regulations) an obvious number one on our list. Likelihood of homozygousity was number two, followed by lustre, density and fineness as the main fleece characteristics.

Many of the breeders and some of the animals were going to be at the National Show in Cleveland, OH, so this was our first stop. While at the show, we arranged to look at a number of animals and fleeces from our short list and, in talking to breeders, added and deleted animals from our list. At the end of the show, we spent a whirlwind 10 days driving and flying across the country, visiting studs and arranging meetings in roadside laybys, inspecting potential stud males, their parents and siblings to confirm our shortlist. This task was made more difficult because most of the animals had been recently shorn, so there was no fleece or regrowth to assess. The animal’s conformation was easy to see, but the fleece had to be assessed off-animal. While we were able to inspect the fleece of each animal (and sometimes multiple fleeces), very few breeders were able to give us fleece data, so samples were taken for analysis back in Australia.

When we returned to Australia, we used the fleece data to reduce the shortlist. The remainder of the animals were then skin-biopsied by their owners and the samples sent to Jim Watts in Australia for analysis. A further list reduction was made after the results of this assessment and contract negotiations were begun with the vendors in the US and breeders in Australia whom I was acting for. Each of the animals was assessed by a vet against the Australian screening criteria and confirmation of pregnancies or a positive sperm test was obtained. An import broker was engaged, contact made with the quarantine facility in Chicago and the process of organising the import of 10 males was begun, with negotiations also continuing with an Australian breeder who also wanted to bring in a suri male. A crate for the air transport of livestock allows for 12 animals of one sex or 10 animals of mixed sex. The cost of air freight is per crate, so it is important to ensure the crate is full to reduce costs per animal. 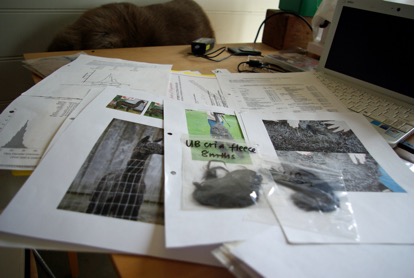 Figure 2.  A folder of information was kept for each male.

After a number of delays, we agreed on a date of 1 December for entering quarantine and 31 January for fly out. In the week before quarantine began, we had to remove 4 young males from the shipment because the vendor was not able to obtain a positive sperm test from them. So, with minutes ticking away and the Thanksgiving holiday beginning, I managed, through numerous emails and phone calls to the US, to substitute the 4 males with 3 females (sight unseen, but which I had previously researched), which had to be driven across the country to Chicago to allow quarantine to begin.

While there were no problems with the animals in quarantine, we had a number of problems with AQIS and the New Zealand quarantine authority in regard to testing of the animals. At one stage it looked like the entire shipment was to be called off, but ongoing negotiations finally won through. The shipment date was postponed 3 times, due initially to the testing issues, but then because AQIS wouldn’t allow the animals to be transported with horses and we had entered the busiest time for transporting horses into Australia. We also had to co-ordinate the booked flights with the import permits and space booked in the quarantine facility in Melbourne. The delays resulted in the expiration of the import permits and the animals were all required to be tested again. At this stage, I had aged 10 years and was wondering why I was doing this!

Finally, after more than 3 months in quarantine, everything was in place and the shipment was able to go ahead. Once they arrived in Australia (via transits in Hawaii and New Zealand) the animals were kept in Australian quarantine for 2 weeks and we were then allowed to pick them up and bring them home. By this time, 9 months after I had selected them, I was a little worried by what I had in fact purchased. However, when we arrived to pick them up, even though they had been clean shorn (including legs, ears, forelocks, tails), I was astounded by the depth of colour, lustre and conformation of these animals, and knew that here was a group of stud males destined to join some of the illustrious white suris in the history of suri breeding in Australia. 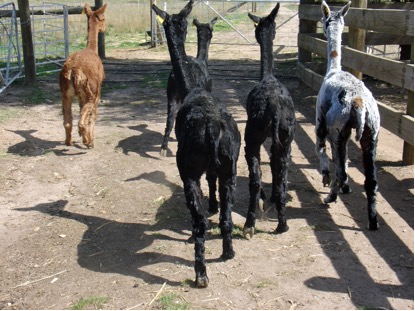 Read more in this category:

Fleece Density: we use a fleece density index (FDI) which 'calculates' the density of an animal taking into consideration the weight, micron, sd and length of the fleece. As we are still trialling the index and comparing the results to actual skin biopsies, we have not provided the numerical results, but have illustrated these results in the density indicator graph for each animal. Once we have confirmed the acuracy of the FDI, we will provide the actual calculated score, which should correspond to the follicle density in a skin biopsy.

All fleece statistics are annualised, so they can be compared easily.

FN: Follicle density in number per mm2 from skin biopsy.

S:P: Ratio of Secondary to Primary fibres from skin biopsy.